I had thought bonds might be an easy set of charts to start some weekend posting with but as I looked over the charts and sat back in my chair for some time, I have decided that it will be best to fall back to a previous way of analyzing the drop in bonds from the high last year to the low in December that calls that a completed impulse wave. Implication is that we need to allow bonds to retrace earlier than I had been expecting.

The line chart certainly can accommodate a thrust lower before rising into May or June, but they act uninterested in treating the next FOMC meeting as a low, rather it is becoming more likely to be a type of swing high. 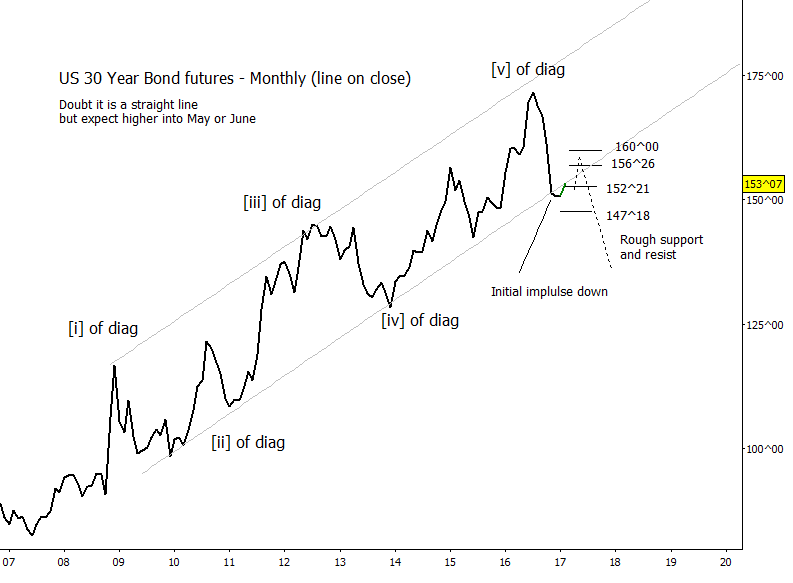 As a result of my rumination, I have switched the primary and secondary EW counts on the monthly candle chart. 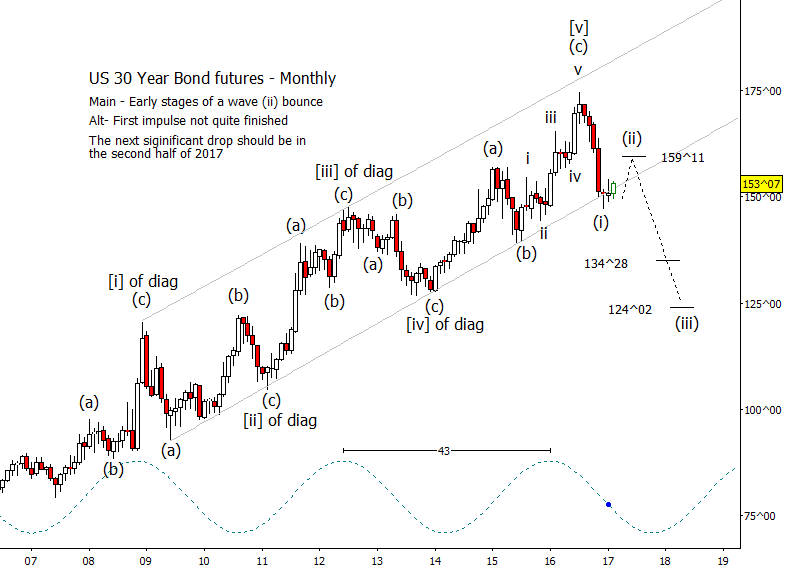 Both the May and June FOMC meetings are possibilities for the next dominant cycle high on the weekly chart. In the short term, we should assume bonds rise into the March meeting before hitting any speed bump. 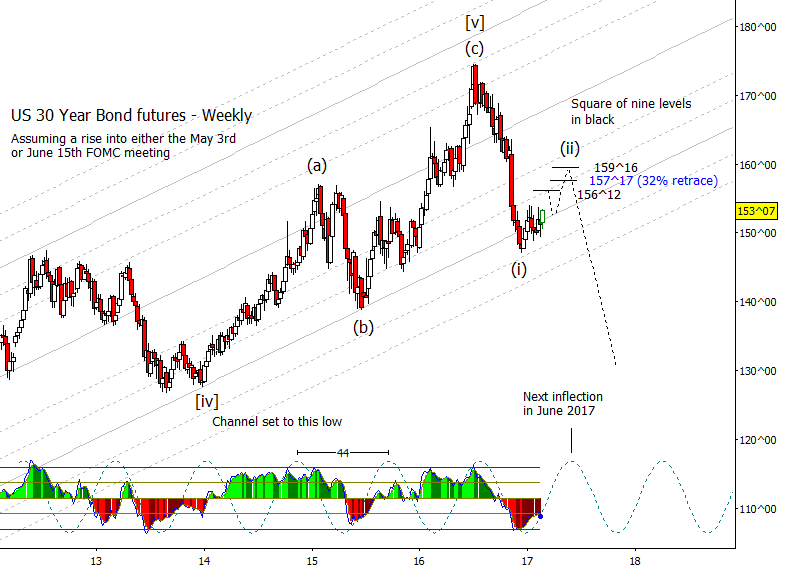