When you step back and look at the large structure, you can see a broad five wave move up from the 2009 low. That should mean we are in the last phase of the advance though this last leg, the one up from early last year, can extend.

I am beginning to think they drag this out to better form the pattern up from early 2016. Bears had a chance to finish the pattern in January this year but were forced to cover. Now we need to let the momentum wane. I haven’t wavered from thinking this is a disaster in the making, just not ready to stand on the street corner with the sign stating it’s the end just yet. 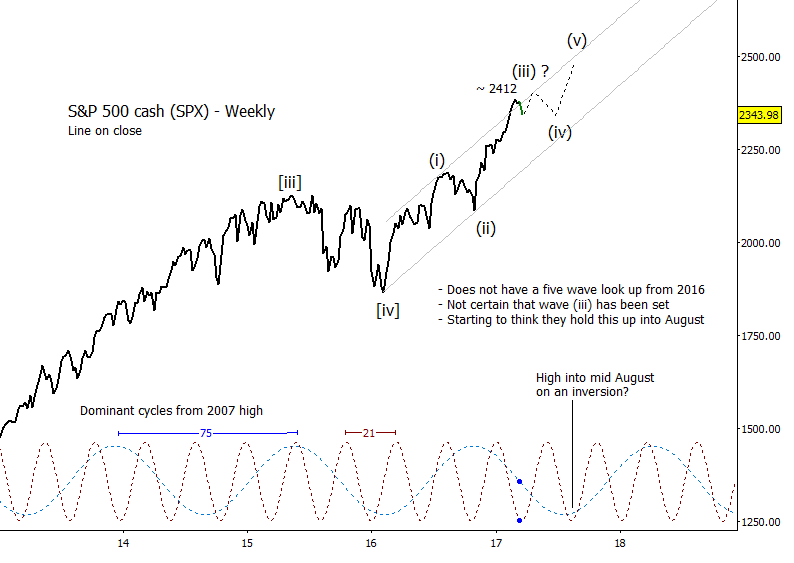 I will probably add to this post later so check this again Monday morning if you see this before then.