They decided to not only fill the first overhead gap but the second as well yesterday in the S&P 500. Today should be confined to a 10 point range between 2580 and 2590 SPX. The lower zone was tested in futures early this morning complicating the early morning trade somewhat as I don’t know if it will be tested in the day session to get a cash print or just drift up from the cash open a few points higher.

I have marked both a bullish and a bearish path on the chart this morning. Expect a few hours trapped in the range after which they show their hand as to which path they intend to take. 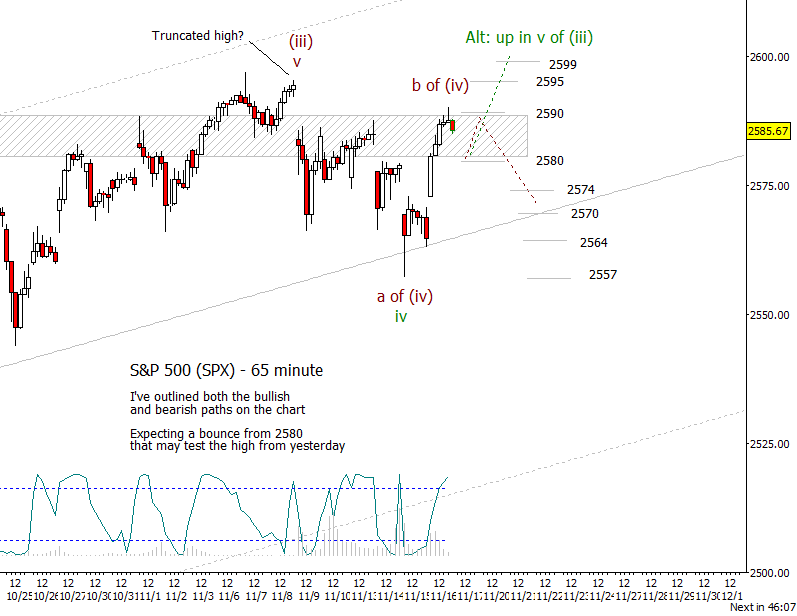 I’ve rolled the crude oil chart forward into January making appropriate adjustments to supports and overhead targets. Price has retraced deep enough for a wave iv to be complete. It may not head straight up, biding time for the dominant cycle to catch up, but overall have a positive bias up to a new high past that of earlier this month and at the start of the year. 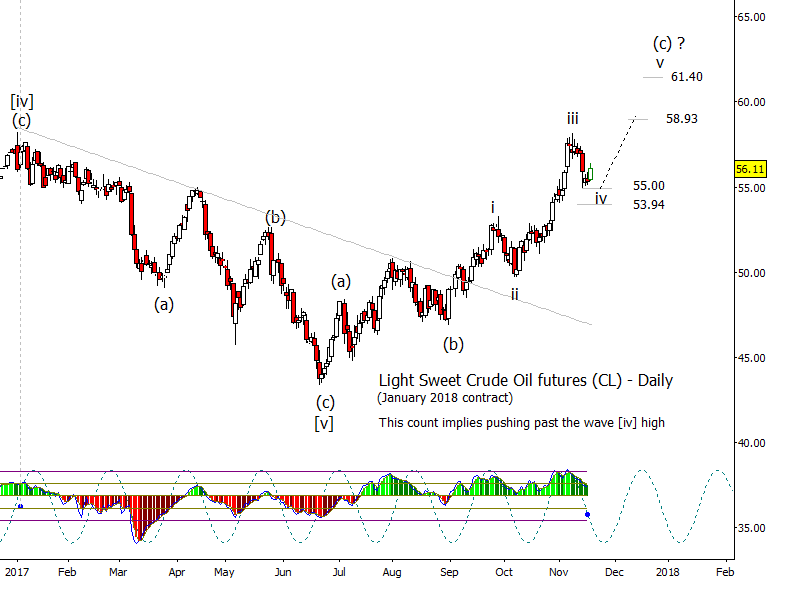 I like DX putting in an effort to hold above 93.59 but can’t guarantee that the drop from the higher earlier this month will not become somewhat more complex which may end up testing this area or even a bit lower in early December. 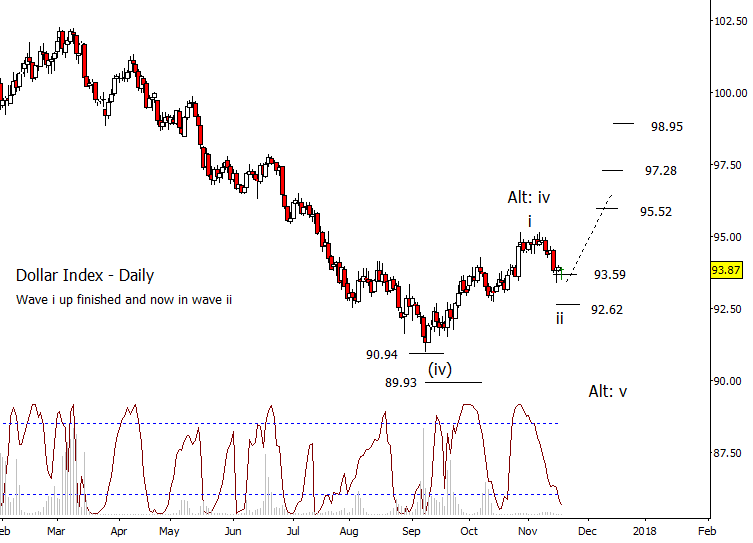 Same sentiments apple to Euro as DX but in reverse. I like that they are trying to push down from 1.1673 but am open to Euro finding support and pushing just past the high from a couple days ago before really attempting a serious press lower. The timing for that may very well align with the FOMC meeting next month. 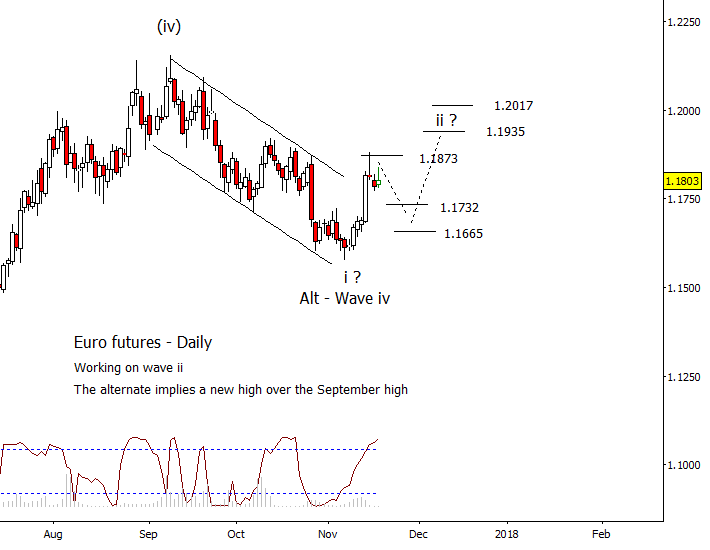 My fears of needing to see a little higher in gold before lower appear justified. 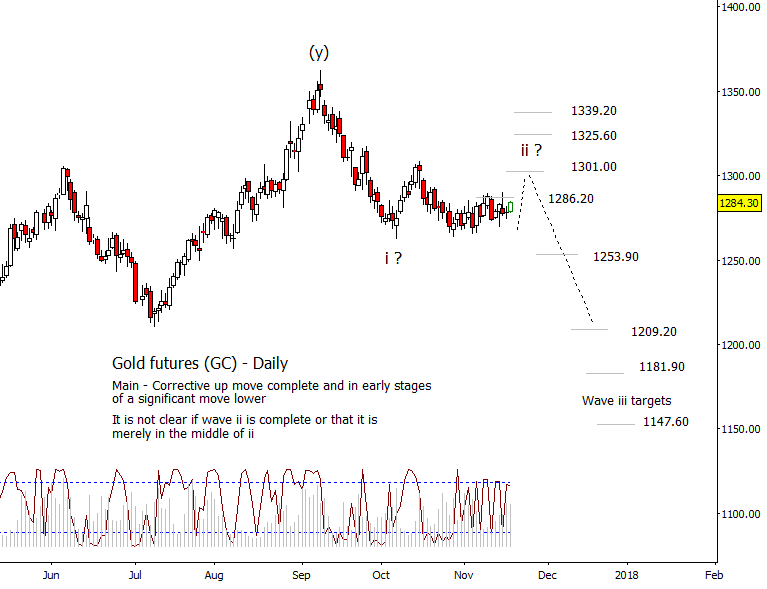 Bonds fell from the test of resistance yesterday but are being supported by the daily moving averages. Just like in gold, DX, and the Euro, allowing for the wave ii to become slightly more complex makes sense as a way to bide time till the FOMC meeting. It certainly would be fine with me if bonds began their decline before that, but we need to see them break under the daily moving averages as a first step. 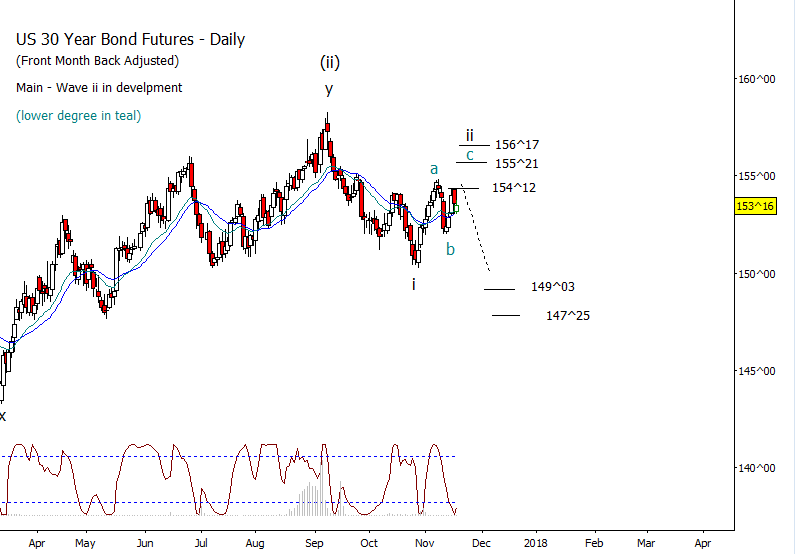