The S&P 500 fell a little more than I expected yesterday but well within bounds for a minor wave ii. News overnight plus the strong payrolls number this morning will likely result in a gap up this morning. Best if the gap is not filled and price grinds upward past 2718 toward 2728 or 2733 SPX. The larger theme remains higher into the middle of this month. 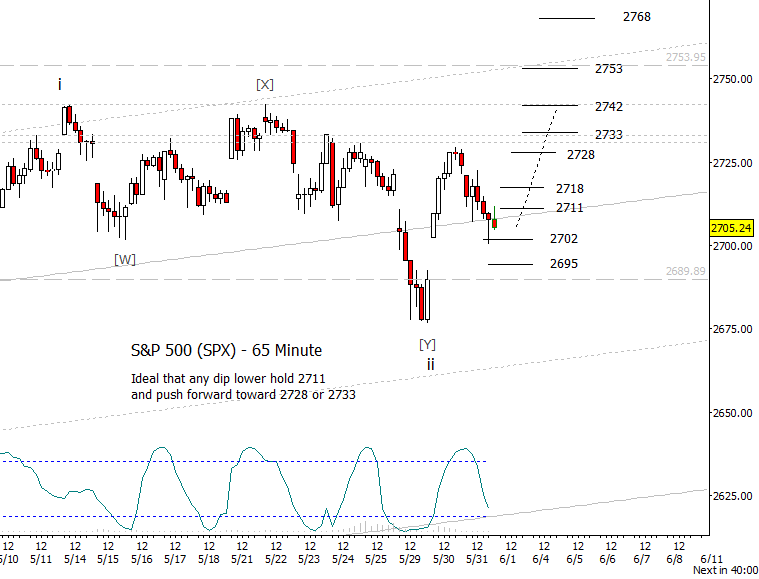 There was a brief spike up in crude yesterday as an initial reaction to the EIA number but was quickly reversed as oil got back on track. Expect to see a new low in this swing before a more substantive bounce. 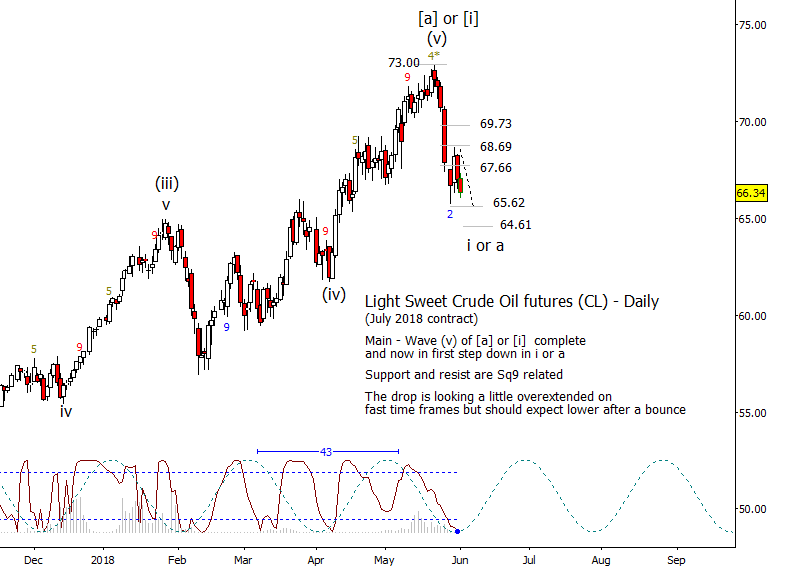 The move up in DX this morning from 92.70 was expected. While possible, not expecting a new high on this small move up. More likely that price is trapped for several days or even a couple weeks before the next thrust up begins. 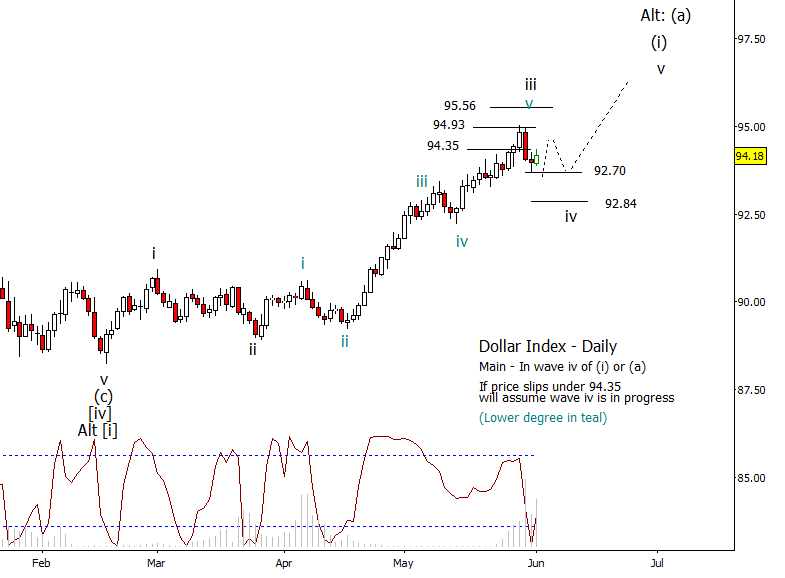 Same idea as above but the reverse in Euro. A minor push lower is fine, even a retest of the current low is possible but probably will carve out a week or two of sideways to somewhat higher price action before thrusting lower. 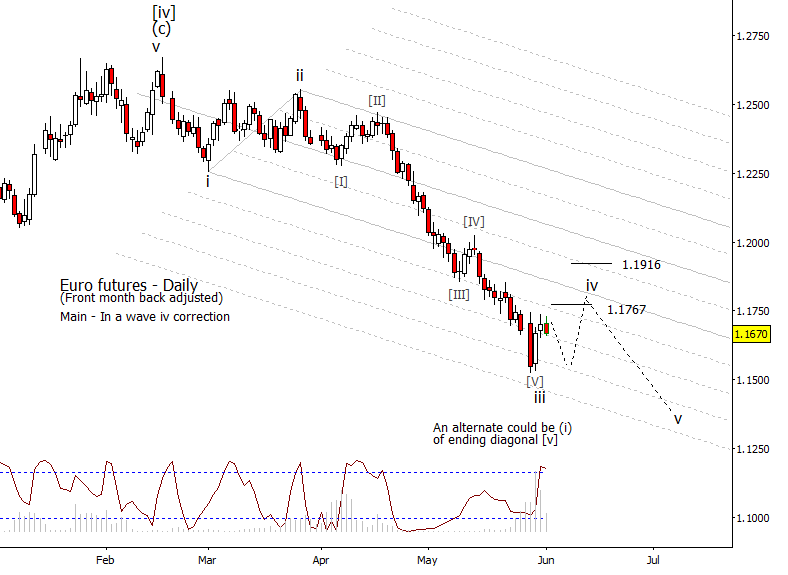 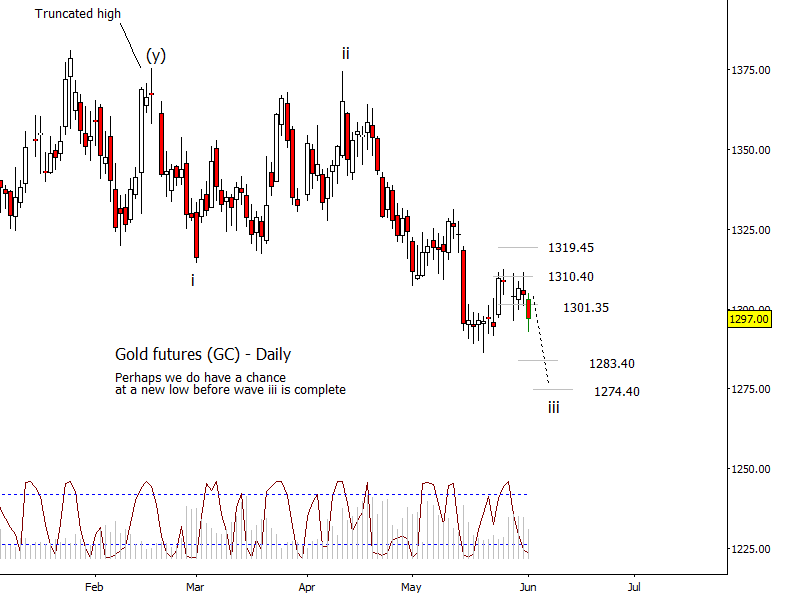 Bonds are lower this morning which is consistent with the idea that price is moving down in wave ‘b of (ii)’ Support from the moving averages and the top of the Gann derived support range is just under a handle lower at 142^28. 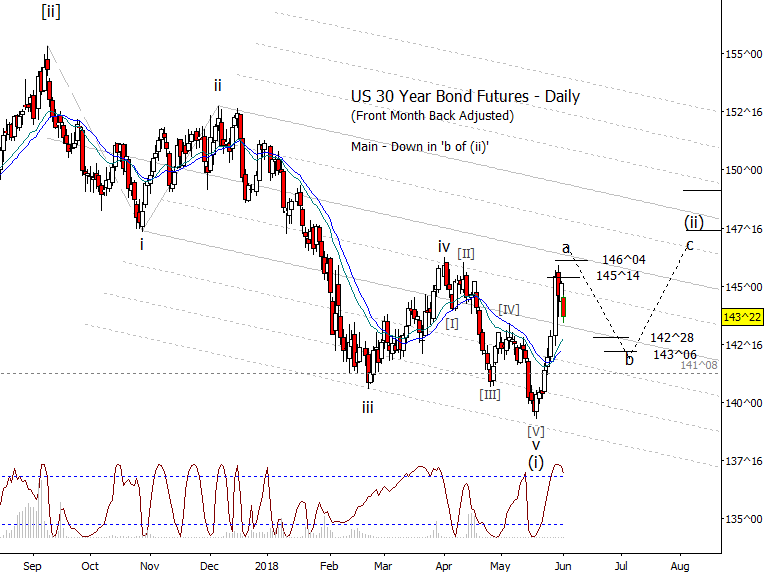