A warning to crude oil bulls

Readers know we have been looking for a significant top in crude oil prices. We posted charts  in early June for the United States Oil Fund (NYSE Arca: USO) and again in mid-July for crude oil futures.

In the time since those posts, price has climbed above the resistance levels that we thought would be most important, but traders should not take that to mean oil prices will continue rising. Despite the series of higher highs this year, there is a strong probability that prices will start a sizable correction soon. 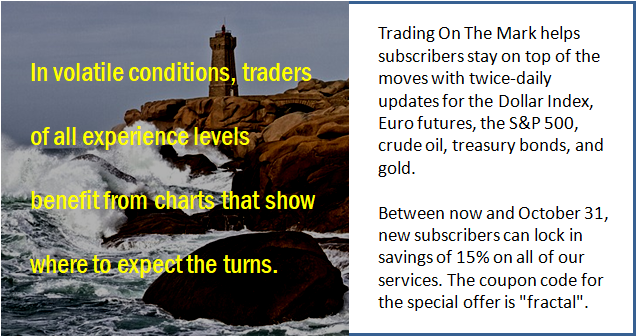 For the next one or two years, traders should think of the mid-2017 price low as marking the extreme lower boundary of the expected range. We do not believe price will actually test that level again, but it is the point where any downward retracement measurements should be anchored.

(It may be possible to view the September high as the completion of a five-wave sequence, but that count is awkward and somewhat improbable. Anyway that is a nuance that might not matter to traders looking for small bearish continuations down from that high.) 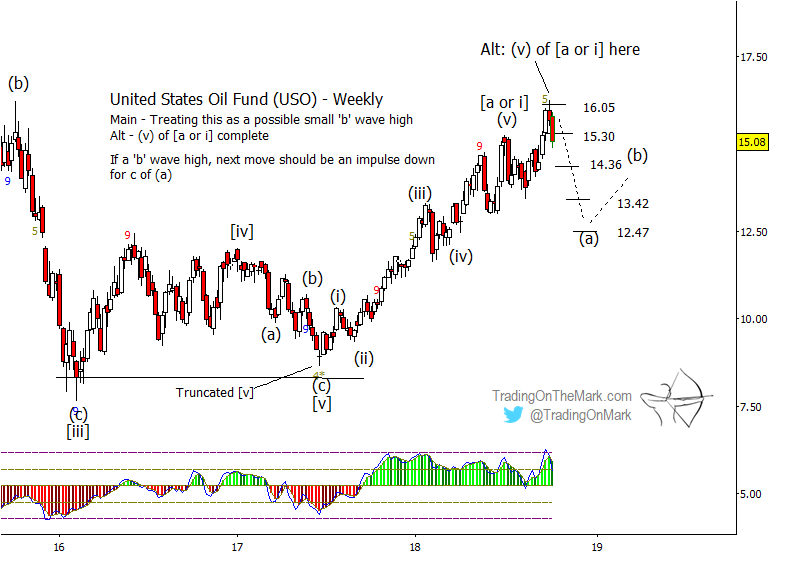 The retracement supports drawn on the USO chart at 15.30, 14.36, 13.42 and 12.47 represent 1/8 increments of the move from the 2017 low. This gradation often works well with crude oil charts. In the bearish scenario we would expect price to consolidate around the 15.30 area before falling to test the next supports in a cascading fashion when seen with weekly candles.

The 12.47 area initially looks like a reasonable downward target for the next few months, and we will be able to refine it more as the new pattern segment becomes clear.