Please feel free to contact us in the Intraday Analysis chatroom, in comments on our posts, or by email at admin@tradingonthemark.com

We created Trading On The Mark in 2008 to help traders overcome some of the challenges of market analysis and trade execution. If trading futures and options based on technical analysis appeals to you, then you’re the kind of trader we want to work with.

TOTM’s technical approach is grounded in Elliott wave and Gann techniques, while also making use of Fibonacci relationships in price and time, historical cycles analysis, proprietary technical indicators, and other more esoteric approaches. Readers will benefit from some prior knowledge of Elliott wave theory, but it is not essential. 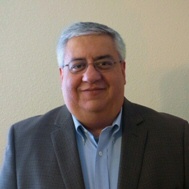 In addition to being an active trader, Tom Pizzuti has spent more than a decade exploring popular as well as esoteric approaches to technical analysis. In 2008, he was one of the founders of Trading On The Mark, where he continues to provide charts and commentary that help subscribers find trades in a wide range of futures markets. Tom’s objective in analysis and trading is to identify particularly low-risk entry points that have high reward potential in a given time frame. The proper application of Elliott wave methods is especially well suited to that objective, and additional techniques in his kit make his approach even more effective. Tom also has a talent for explaining how to translate analysis into trades, and he leads the discussion in TOTM’s intraday chat room. 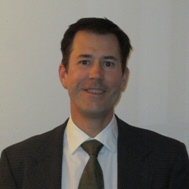 More than a decade ago, Kurt Hulse was inspired by the idea that technical trading can offer a road to financial independence for anyone who is devoted to acquiring the skills and developing a trader’s discipline. In 2008, he helped create Trading On The Mark as a place where traders at any point in their development can find useful analysis of current markets while working alongside masters of the art. Kurt’s educational and professional background has included positions at the intersection of social science, physical science and public policy. He has managed the design, implementation and statistical analysis for numerous large-scale studies related to resource conservation and human behavior.

Some of the long-time subscribers here were originally part of the online trading community called “Trading the Charts,” which was formed around 2004 by Dominick Mazza (online handle spwaver). His insights about market behavior and his willingness to act as a teacher inspired many of us to continue along the path toward becoming analysts and traders.