The monthly (IWM) chart does have some interesting geometric properties in it. The most interesting is that prices are moving in harmonic quantum steps generated by a very large Modified Schiff channel. The Schiff channel up from the 2009 low is also working pretty well. 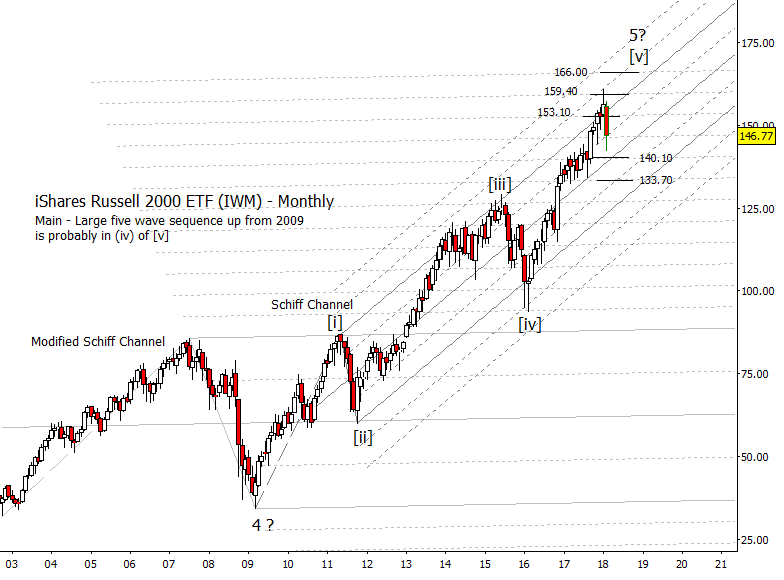 Nothing terribly different of the weekly chart. Support last Friday found at both an old Gann sq9 number and close to a harmonic of the Modified Schiff channel up for the 2016 low. One thing different here than the S&P 500 is that price did not drop all the way to the .382 retrace from the July 2016 low. 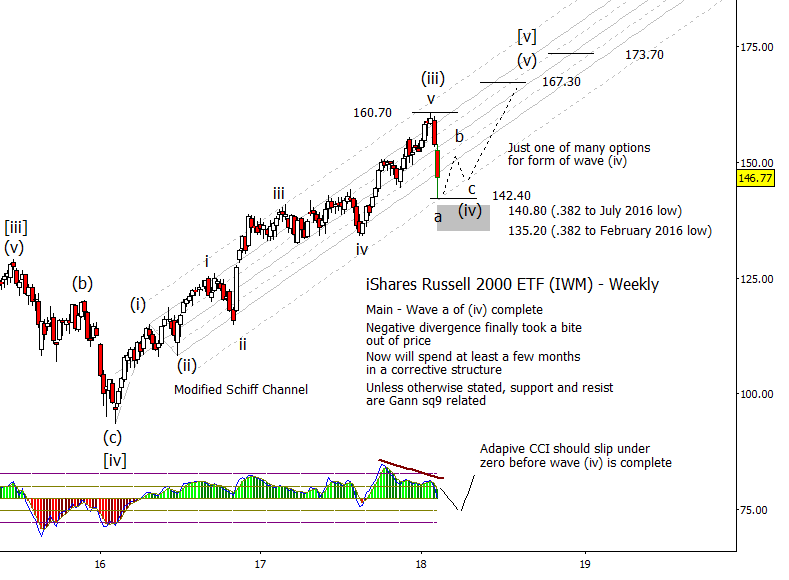