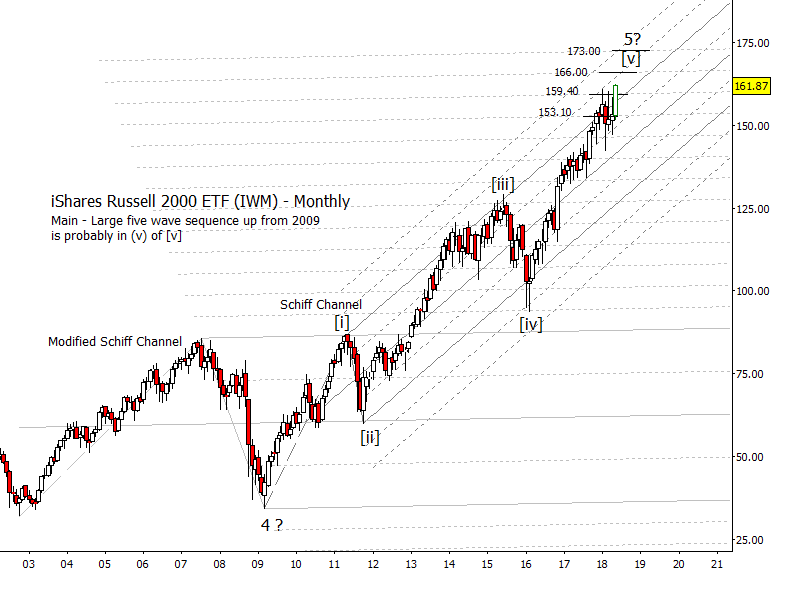 The index can climb still higher after a modest correction

The theme from when I posted these remains the same from about a week ago. I just added the next steps up in the charts to keep an I on.